This model is not only affordable, reliable and easy-to-use like the first generation UP mini, it also comes with many new features related to usability, portability and connectivity.

The flagship model of UP series 3D printers has the largest build volume of 255 × 205 × 205 mm, a better resolution at 50 micron layer thickness. 20% faster than UP Plus 2, it's fitted with integrated levelling probe, air filter and LED light bar. Designed for offices, studios, workshops, hackerspaces, etc, UP BOX is your first choice for professional desktop 3D printer. 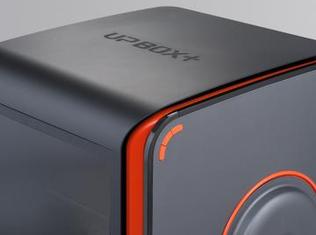 Why Tiertime?
Tiertime is a global leader in 3D printing solutions and manufactures the award-winning UP series of 3D desktop printers. The UP 3D printer series includes the UP mini 2, the UP Plus 2, and the UP BOX+.
All UP printers offer the same impressive features — sophisticated software; sturdy, beautiful hardware; precise and consistent output, and competitive pricing. Customers love using an UP 3D printer to create sample designs, model prints, prototypes, product displays, educational projects, and DIY creations.


What Others Are Saying About UP 3D Printers

3D HUBS
3DHubs.com prides itself on connecting users to over 200,000 3D printers worldwide. Its 2016 Printer Guide provides reviews from over 5,350 verified 3D printer owners. Together, they represent approximately 3962 years of 3D printing experience and 714,300 completed prints using 441 different 3D Printer models.
Tiertime was thrilled to learn how much 3D Hub users love the UP series.

MAKE Magazine:
Make magazine (MAKEzine.com) is one of the most well respected publications in the maker and DIY movements, and often focuses on 3D print technology. MAKE publishes the annual Ultimate 3D Printing Guide and has consistently awarded the UP printers top grades.

The Wirecutter
The Wirecutter (part of The New York Times Company) is a list of the best gadgets for people who don’t want to take a lot of time figuring out what to get. The choices they make with their team take weeks or months of research and testing, including interviews and data from the best editorial and user sources around, as well as the help of engineers, scientists, and experts. 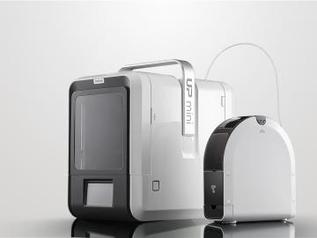 A classic prosumer 3D printer in the UP series, it is one of the most popular 3D printers in the world. Awarded by《Make》Magazine for two consecutive years as the easiest 3D printer to use. UP Plus 2 supports automatic platform leveling and nozzle height detection, so calibration becomes so easy that anyone can finish in a matter of minutes. 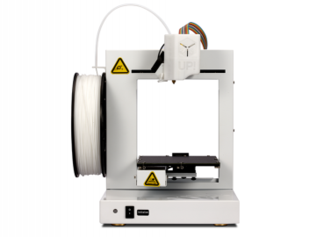